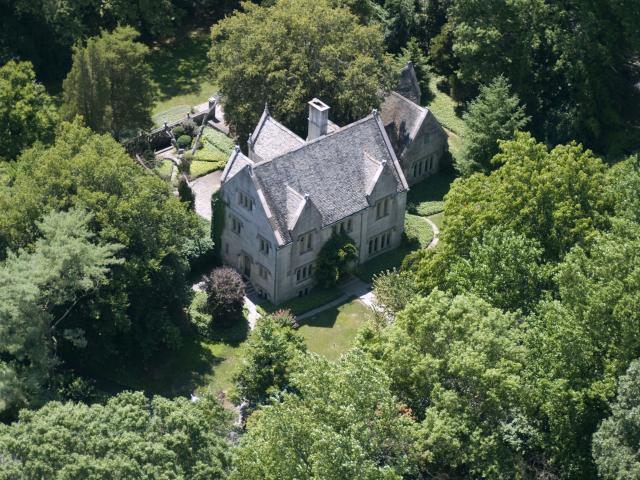 Priory Court at 124 Edgerstoune Road Princeton NJ was built In 1933. An eminent architect, Alfred Hopkins, wrote his odyssey of building a house for himself! In architect turns client, Mr. Hopkins described in a boastful, yet engaging, way of the 20 years he had spent wanting to build his own house…Until he found the perfect location nestled among an enchanting arboretum where a magnificent beech tree beckoned… And voila! Priory court came into being! And a remarkable edifice it was…And is! From the welcoming entrance gate with its friendly lantern to the paved terrace with lily pool, and dove cote and gardens beyond, one is awestruck by the beauty and structure. Priory court is best known to Princetonians for its cloister which connects the main house with the music wing (where”tis said Albert Einstein spent many a happy hour playing the violin).

In 2012 The Junior League of Greater Princeton selected this residence to be the Spring Designer Showhouse and Gardens. I was selected to design the Music Room. I brought in a concert grand piano, original artwork, custom cabinetry and lighting to enhance the detailed ceiling. Measuring in at 18’ wide x 30’ long I used multiple seating areas to break down the space into human scale. 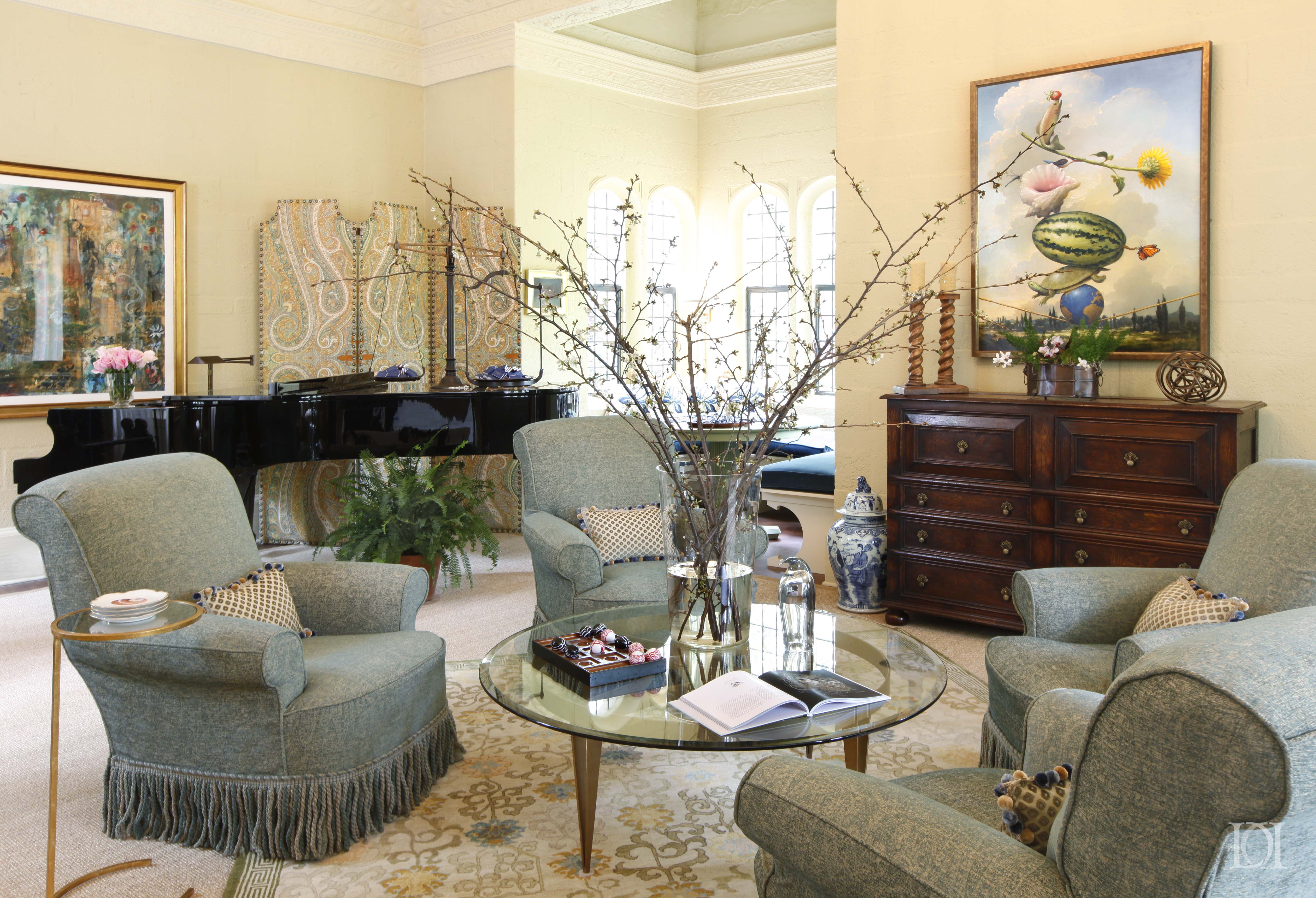 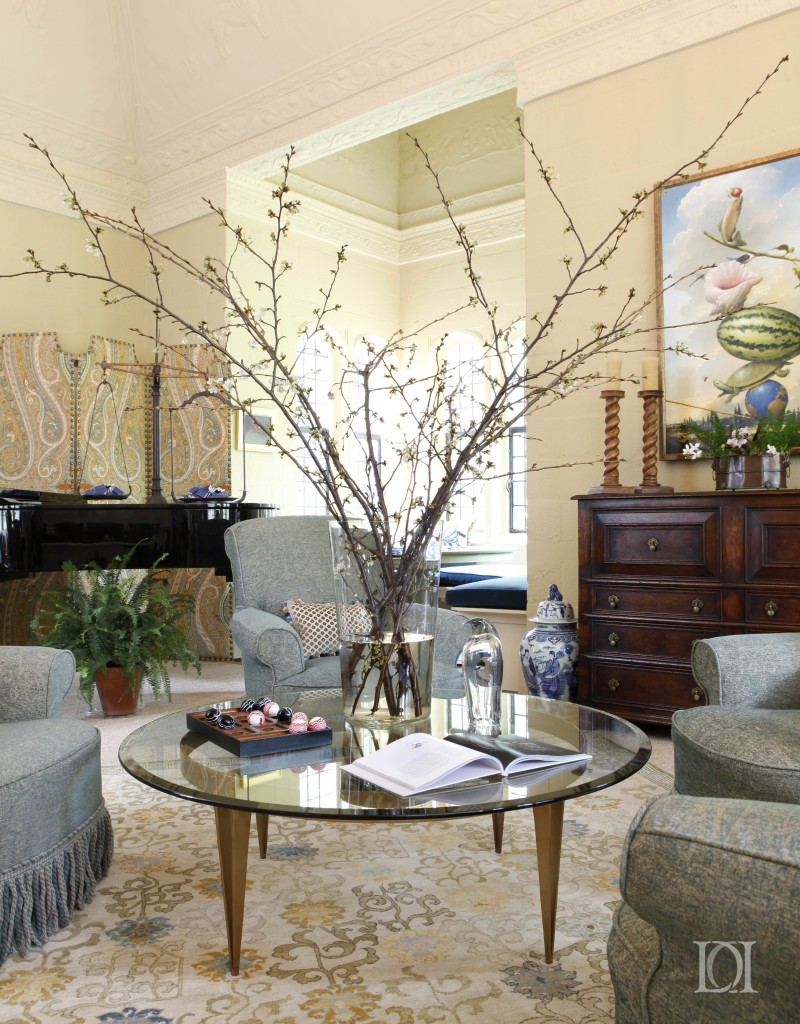 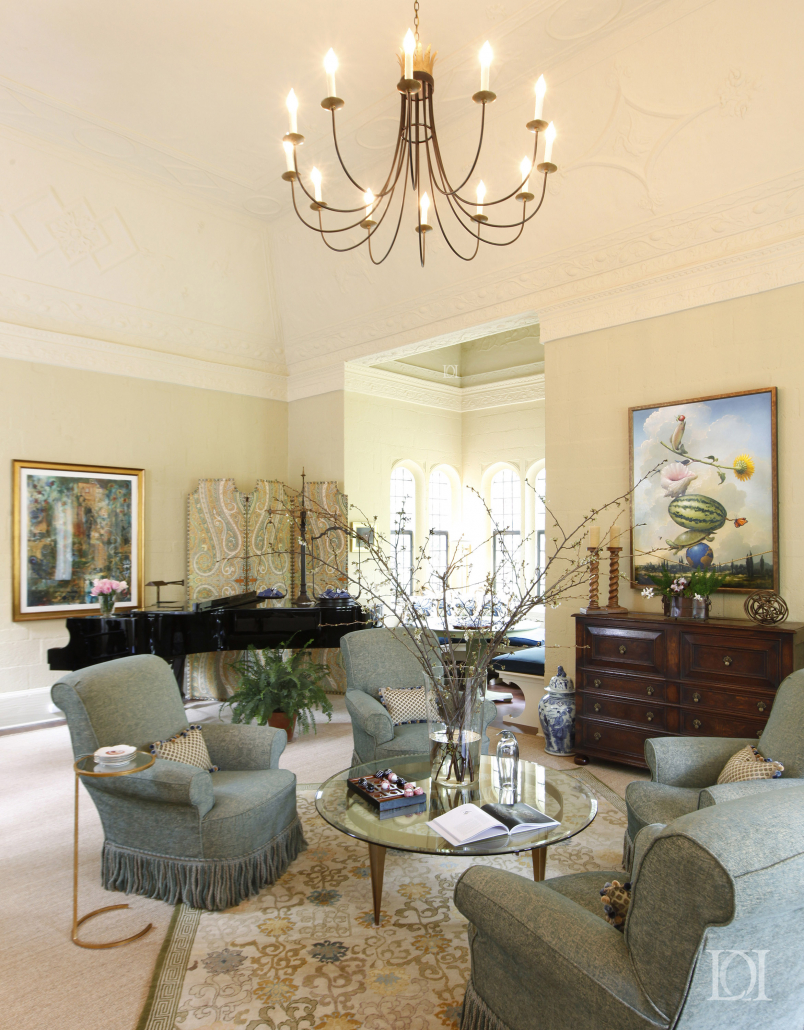 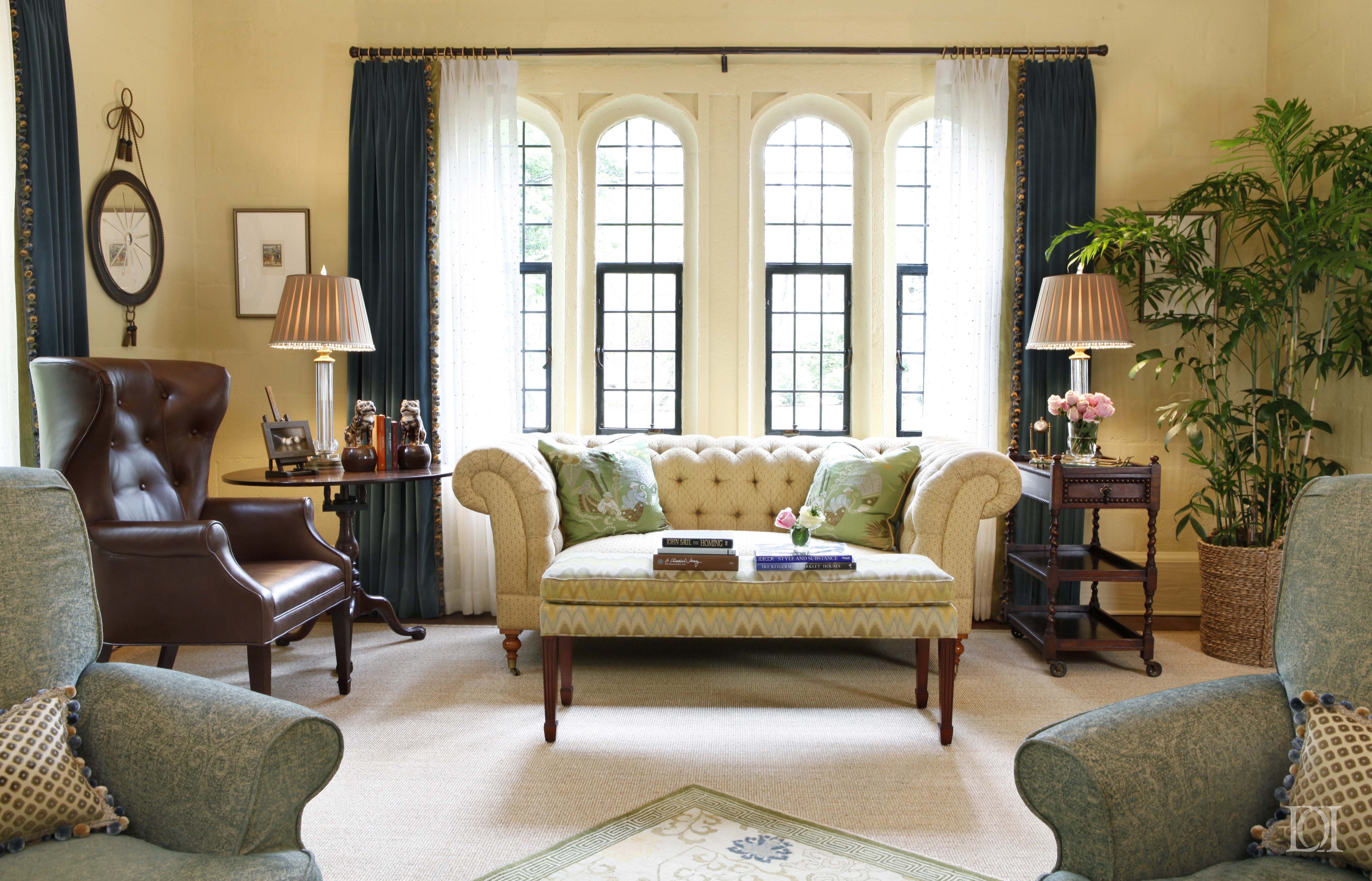 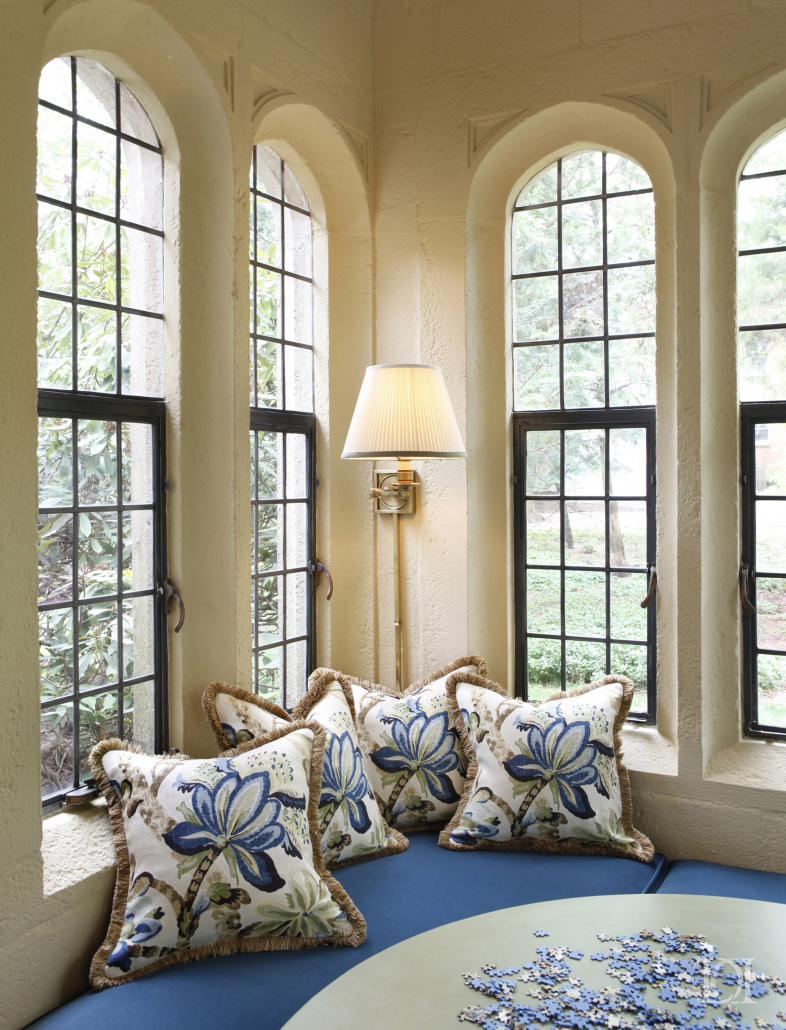 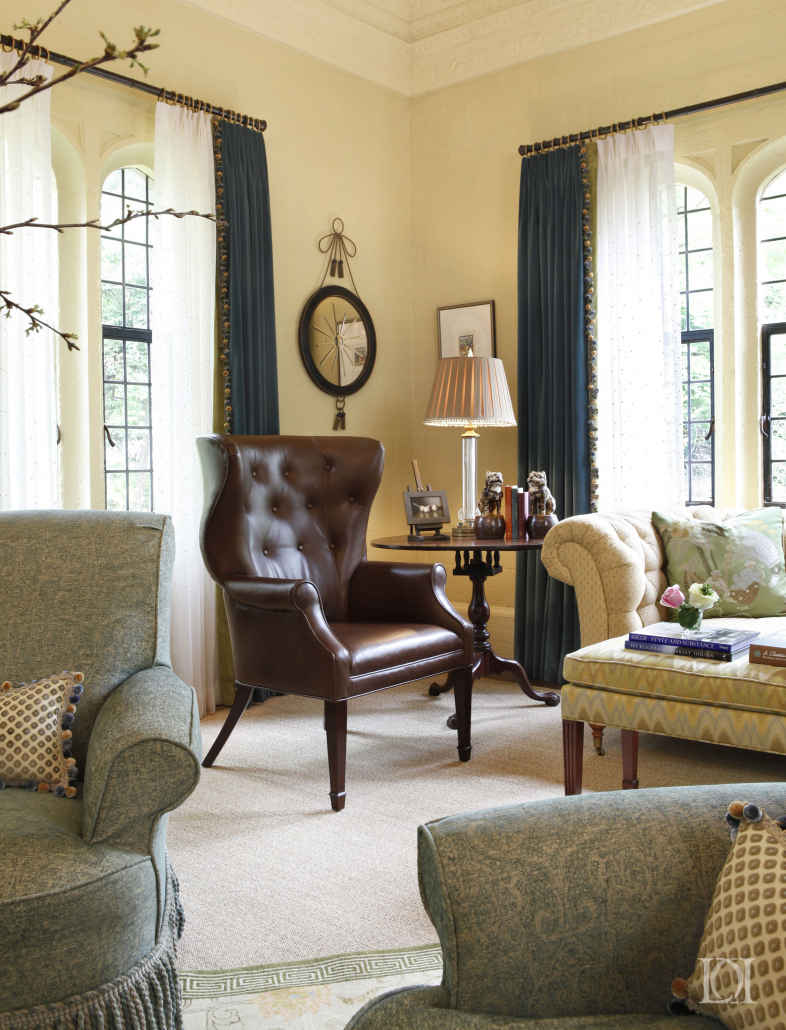 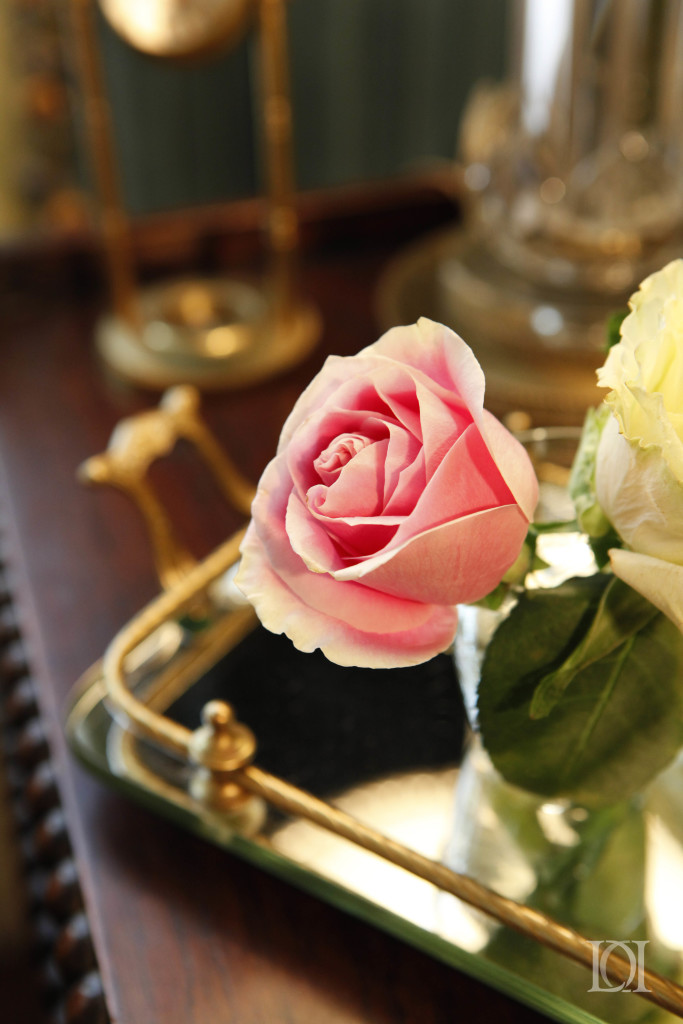 A quote inscribed in a stone plaque above “The Music Room” doorway translates to “In books, cherubim expand their wings, that the soul of the student may ascend and look around from pole to pole. In them the most high and incomprehensible God is contained and worshiped.” (Richard de Bury).

The eloquence of this sentiment paired with the strength of S. Alfred Hopkins’ architecture served as inspiration for my design treatment of this exquisite space. I created a statement for “The Music Room” that manages to be fresh, youthful and relevant while embracing principles of the past. The power of the architecture is balanced with precise design elements that hold up against all of the fine plaster details. 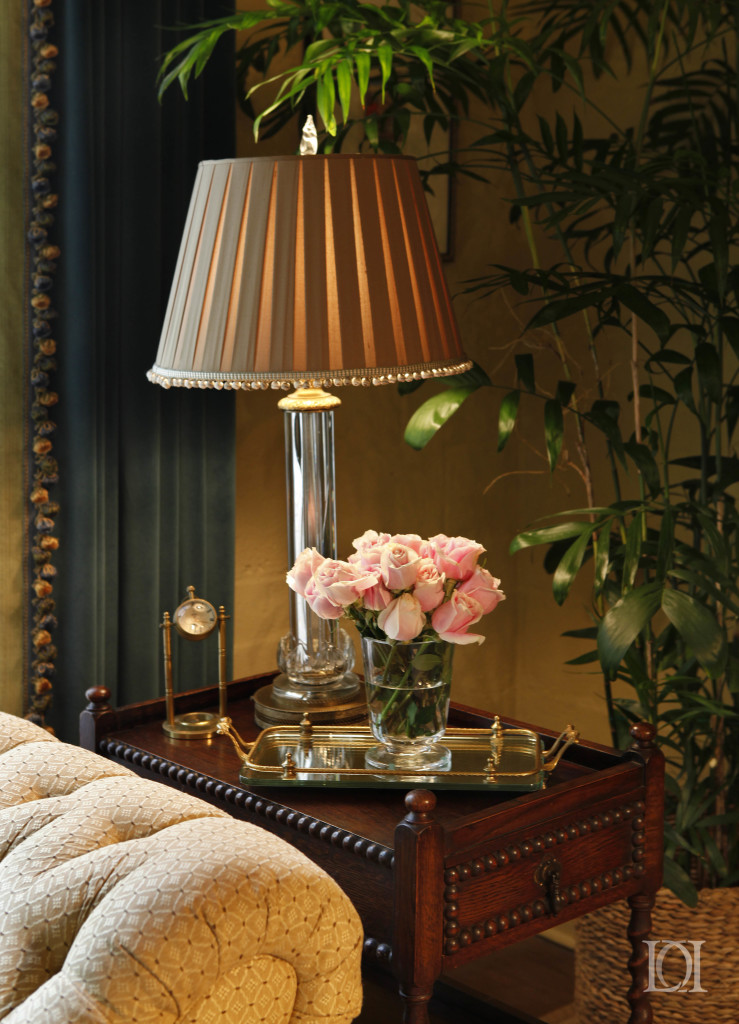 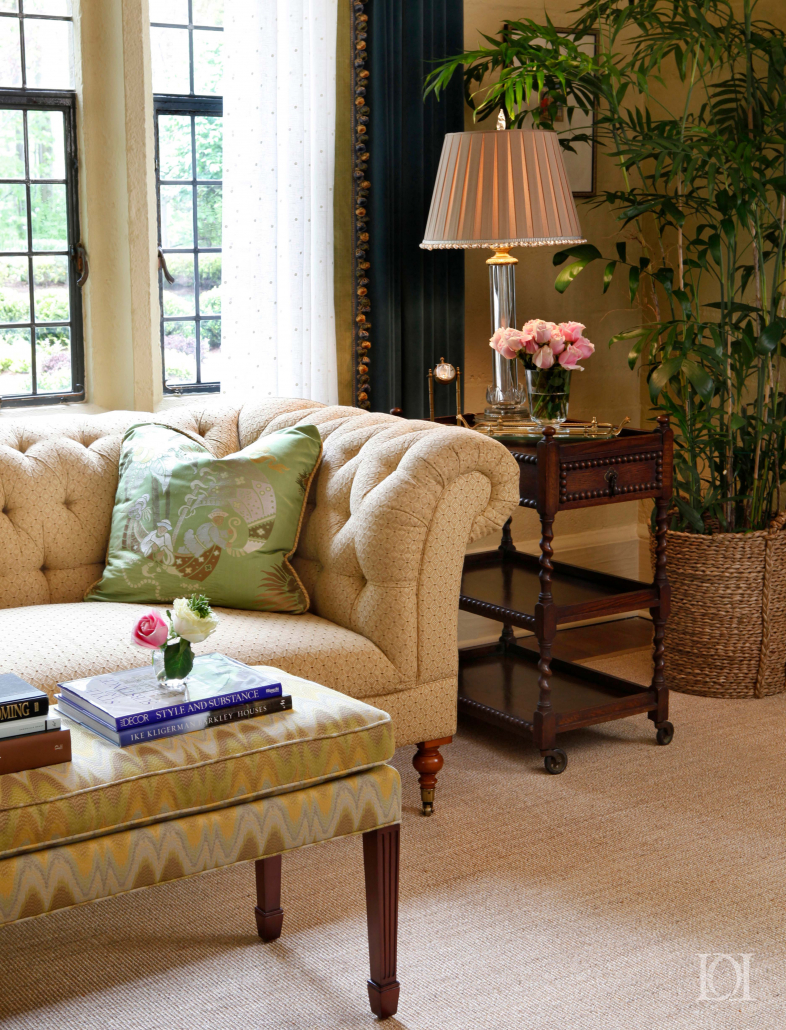 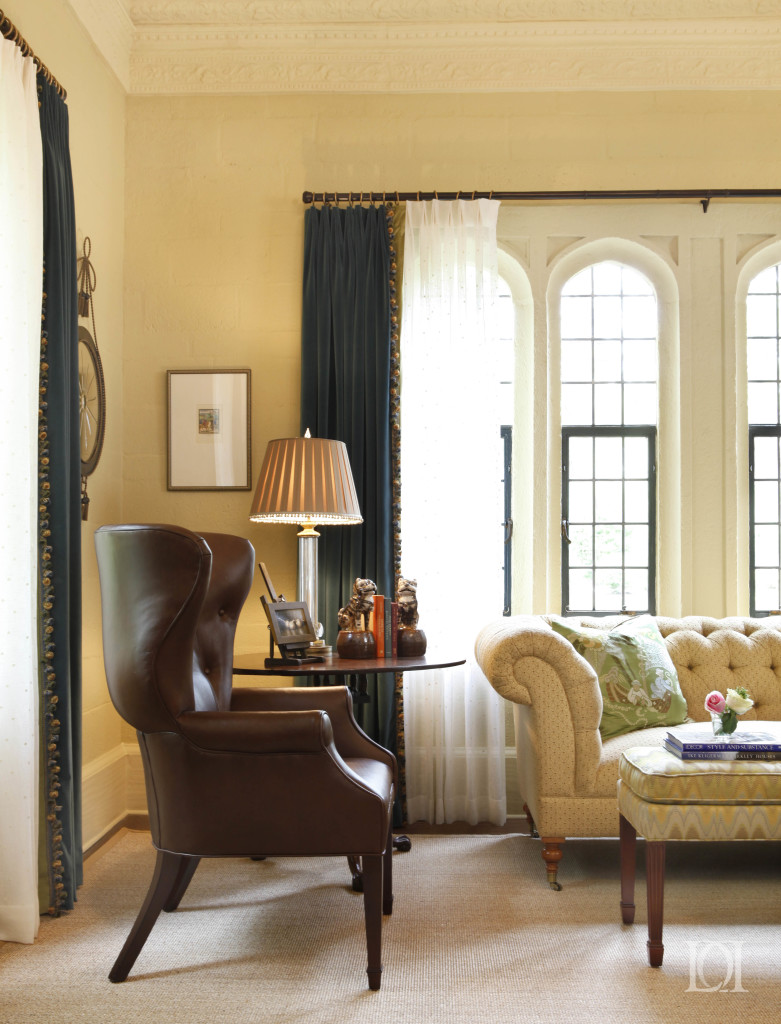 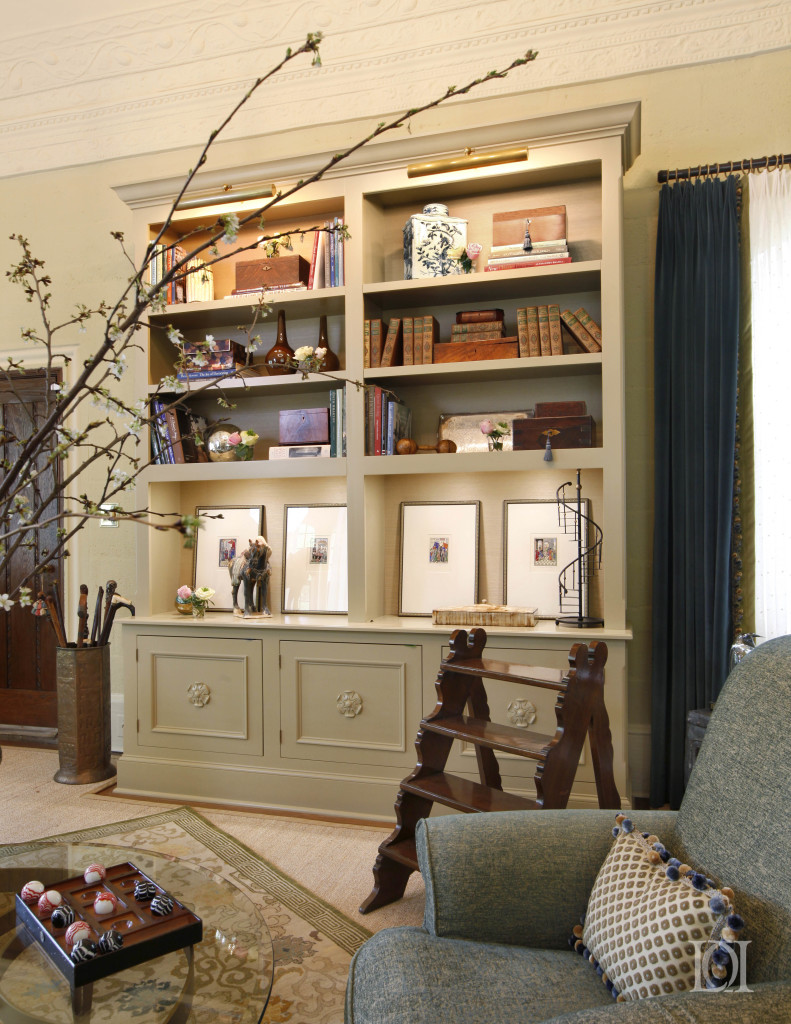 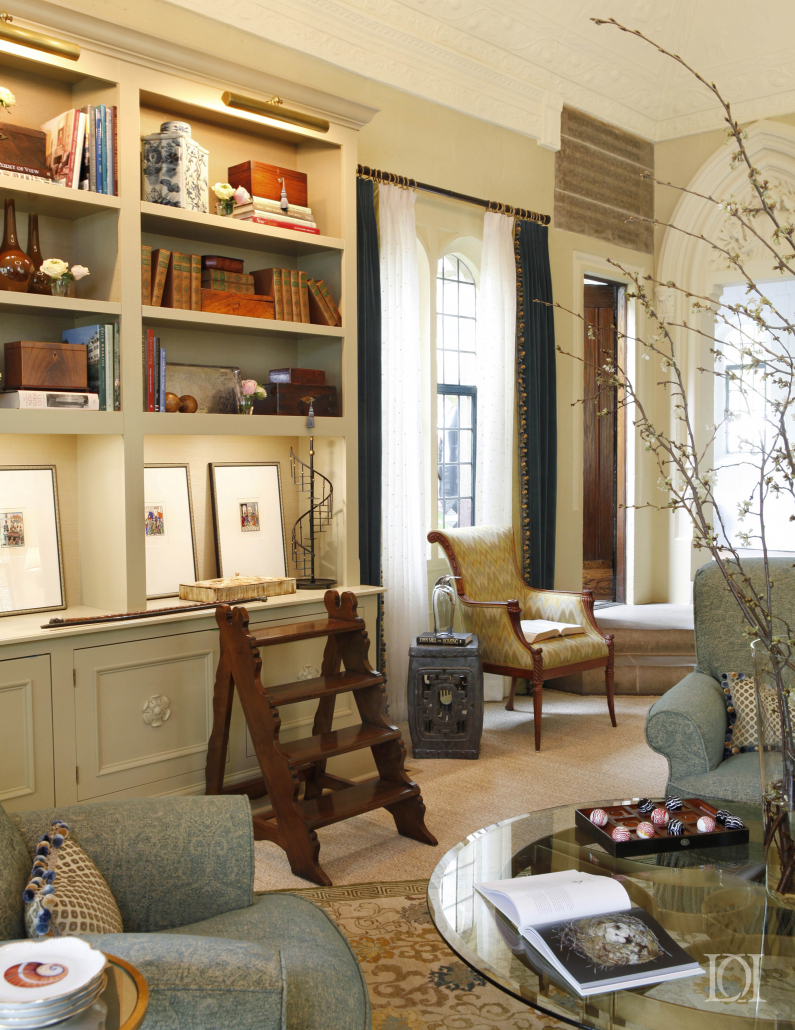 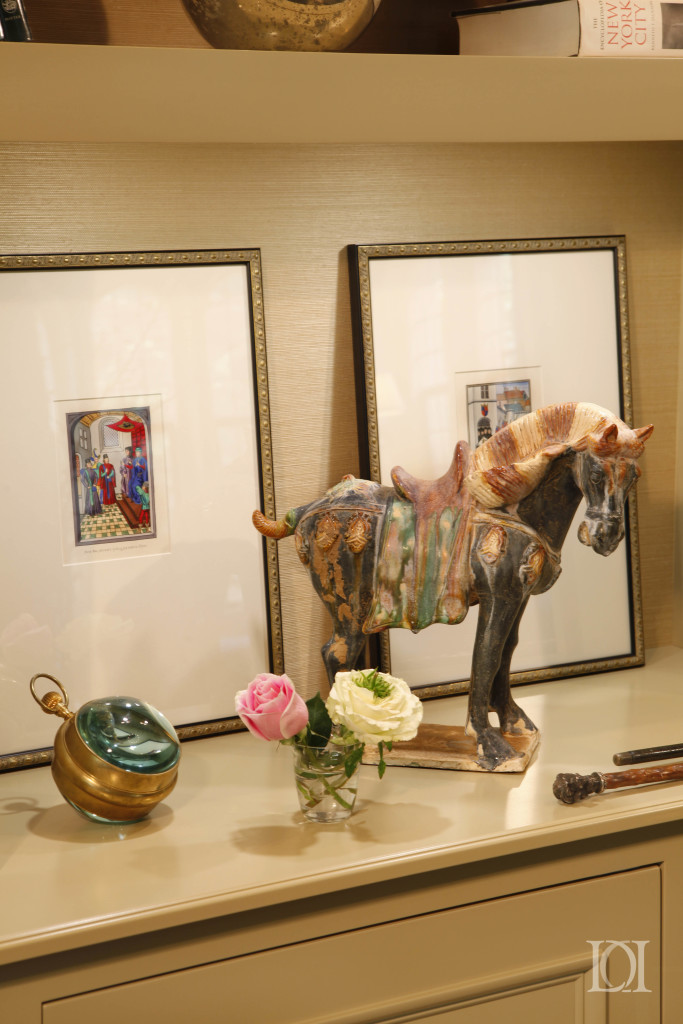 Next Project
/
Return to INTERIORS
Scroll to top